Some time ago I was very impressed by the first snow that had fallen in Berlin overnight. Here is a picture I took that morning (the only snow I could find was on top of cars parked in the shade of blocks of flats). Little did I know that just a few days later, in early December 2012, Berlin would be covered in snow and colder than -1’C for 10 long days! 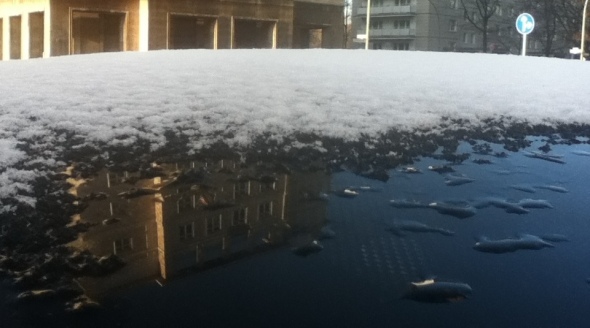